I had a cool opportunity to work at Monsanto (now Bayer Crop Sciences) as a contractor in 2018. UX at this company is a federated model - meaning everybody pays a sort of "tax" to the UX group and different practitioners get sprinkled around to various projects.

It's not an uncommon model to work in, but for me it was a struggle. I'm a product guy at heart and I found it difficult to be temporarily engaged with product team only to build relationships then move on to the next job.

These are some white-labeled samples from a few of my favorite projects during my brief sprint at Monsanto.

This application was an iOS product used by breeders working in controlled environments. In a nutshell the app was used by workers to carry out different plant pollination experiments so it needed to guide users to the correct plant in the correct room of a greenhouse compound, then surface the correct experiment to conduct.

The app was a work in progress so I joined the team to help get them across the finish line, so to speak. I worked closely with the team to evaluate the experience, understand the workflows, and streamline where possible.

A major pain point centered around finding the right information at the right time. We took a step back and added some routes to the app which modeled the real user flow of finding the right facility, going to a room, then identifying a plant and taking action. 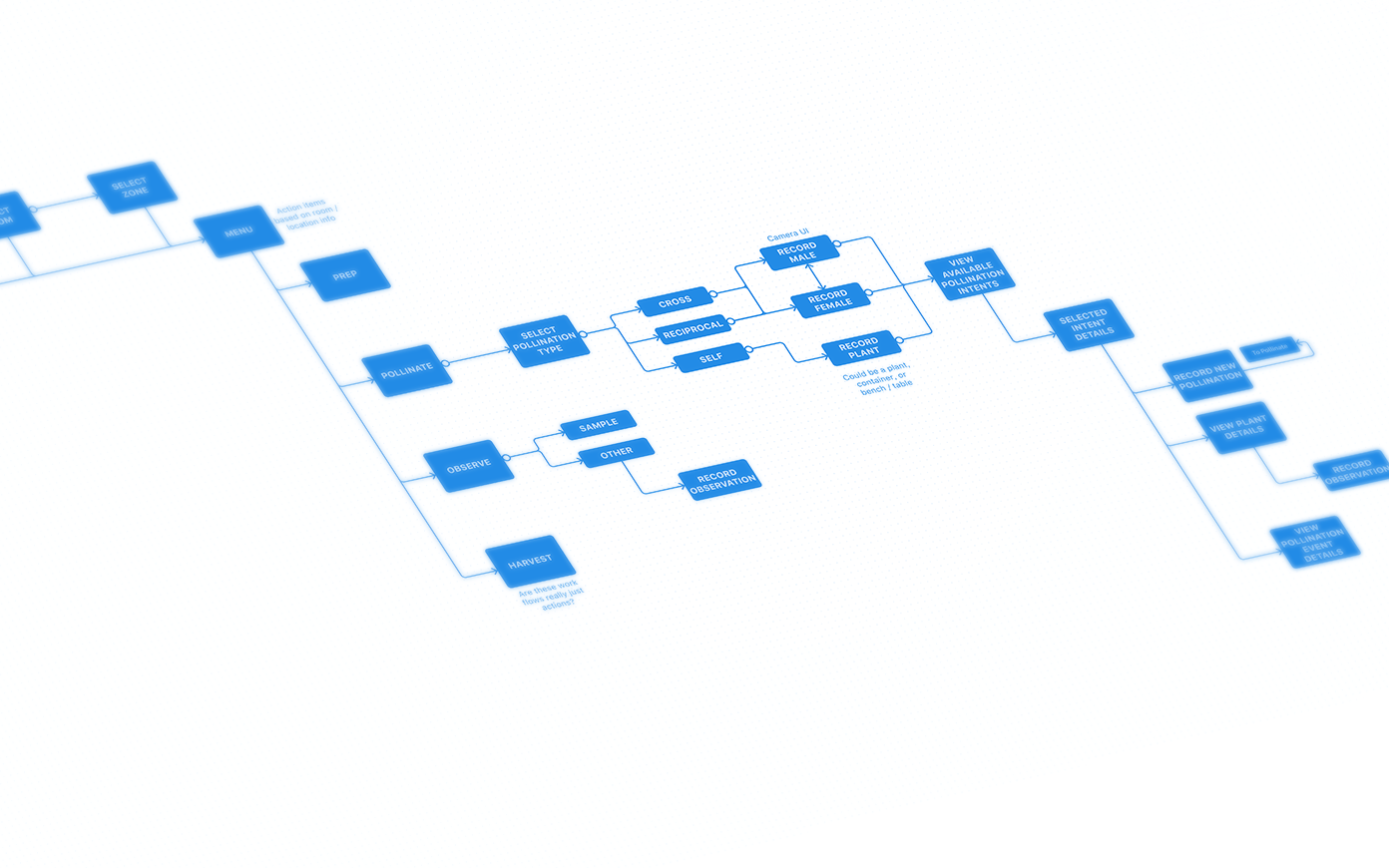 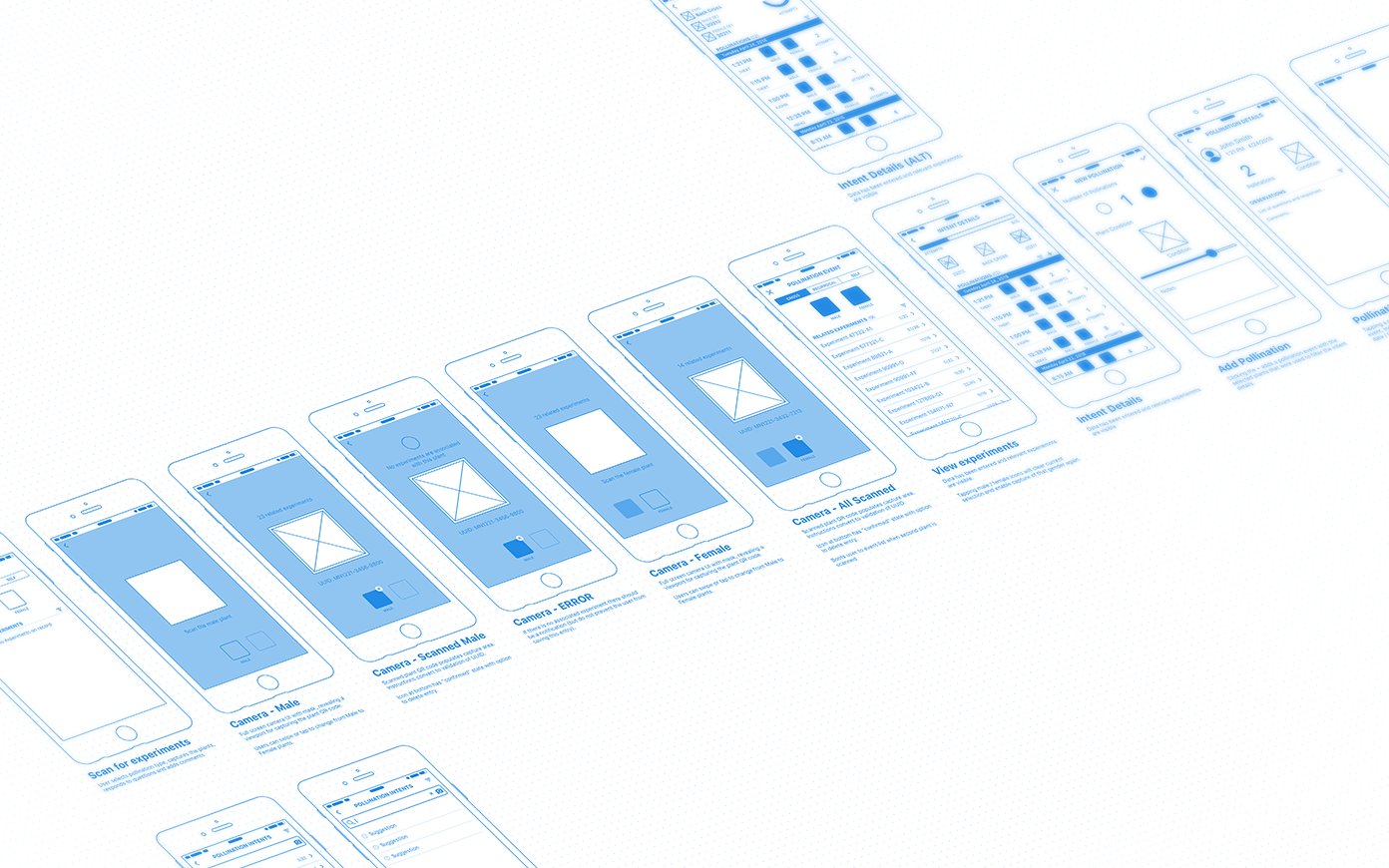 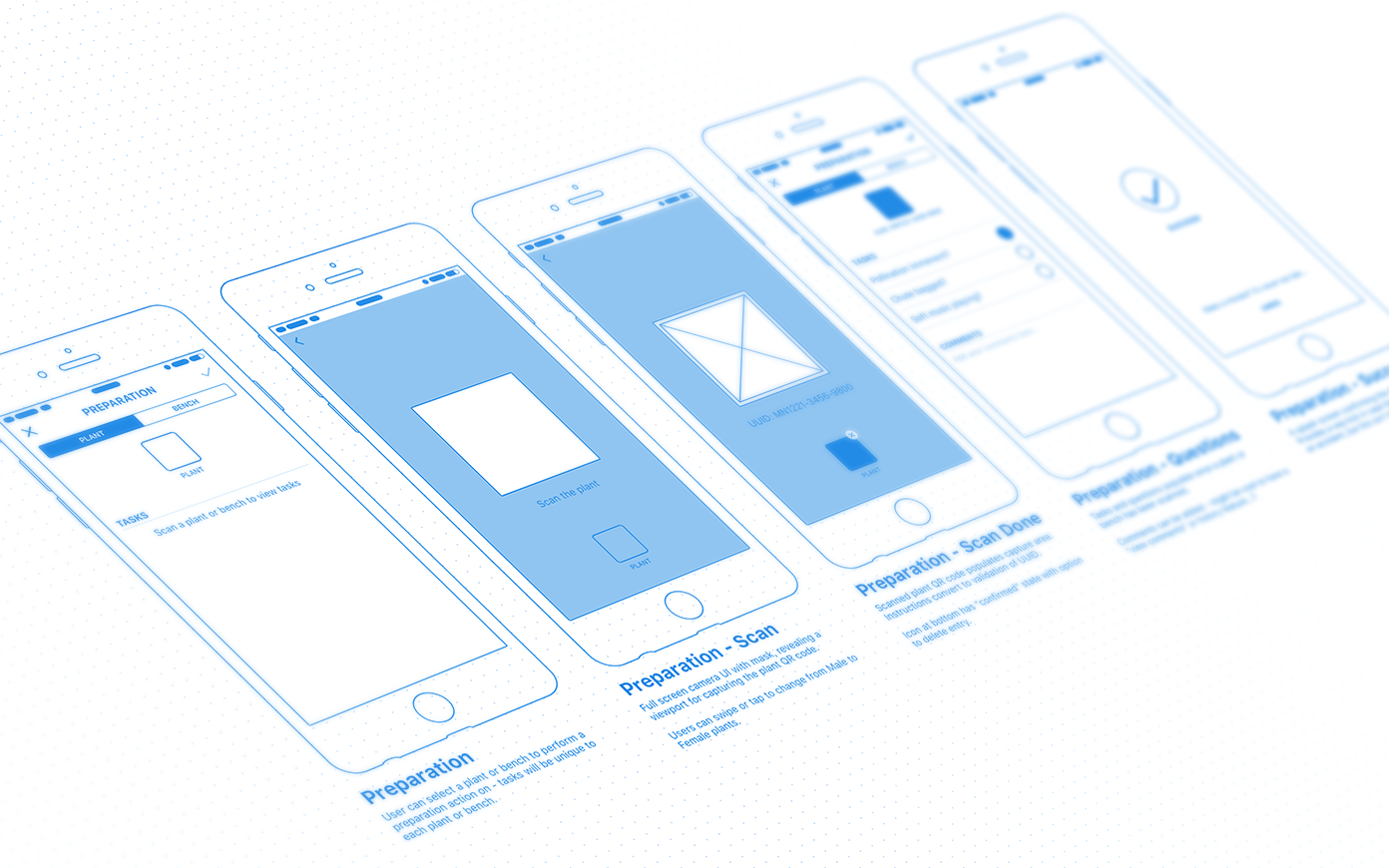 The wireframes and light mockups were instrumental to giving the development team something to go from. After they refined the UI a bit I was able to facilitate a user testing session in which we met with users, demonstrated our app, and got real feedback about usability and information hierarchy. 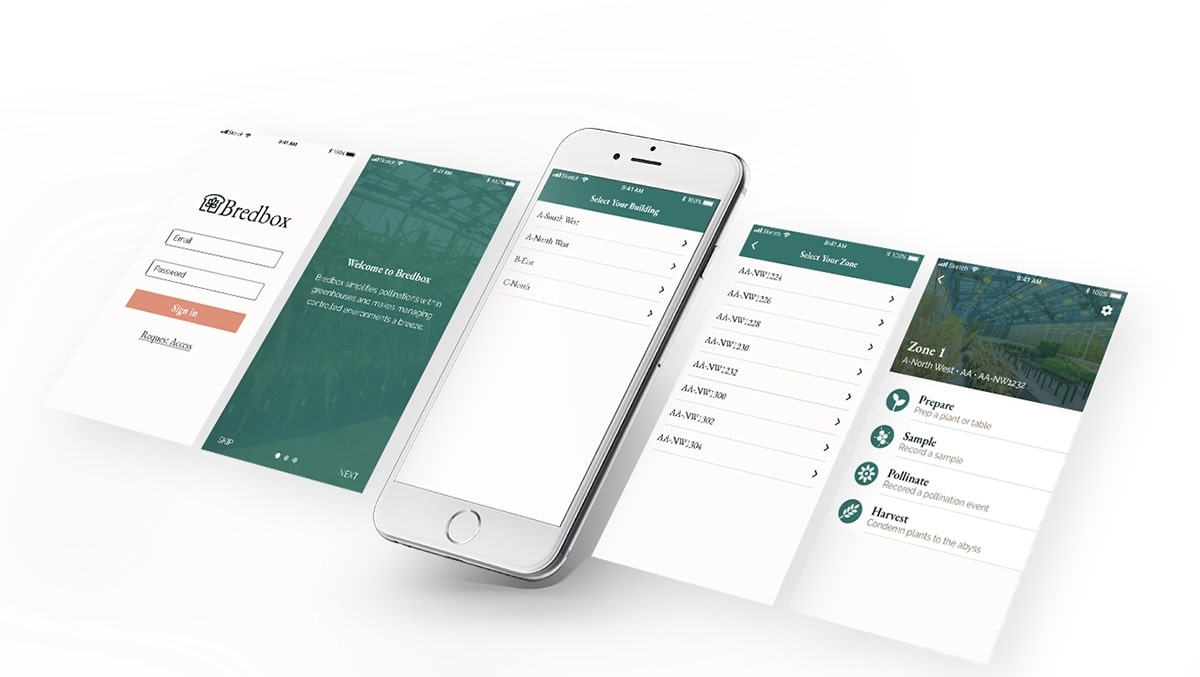 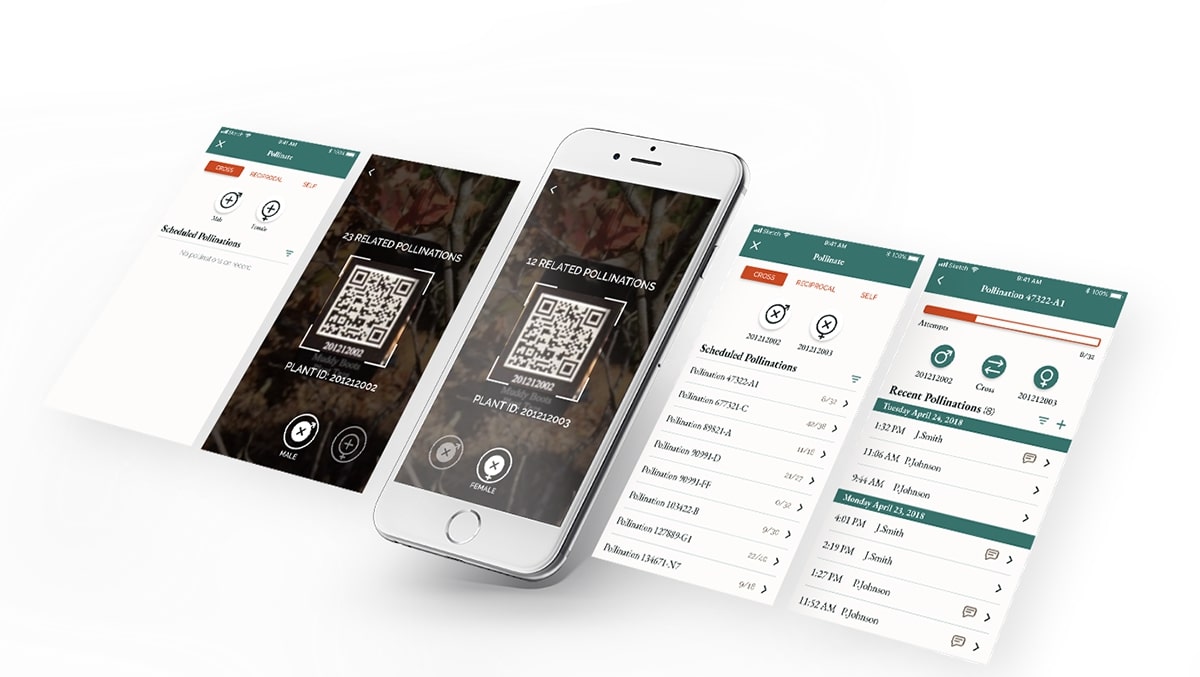 The goal for Annex was to be a "what if" project. Monsanto had 2 legacy applications written by different teams but dealt with major overlaps in business value. Users were confused as to which app to use when recording geospatial (GPS) data so data was getting siloed into different systems.

I was recommended to a PM to help brainstorm what it might look like to blend both apps together into a single experience. This tall ask meant doing inventory on 2 mobile apps, documenting features and flows, and looking for patterns.

The work lasted a few weeks and I produced some higher fidelity mockups to ignite more interest in this initiative. The more "modern" app to be replaced had some great UX already so I tried to mold some of the other apps feature set to fit that box. 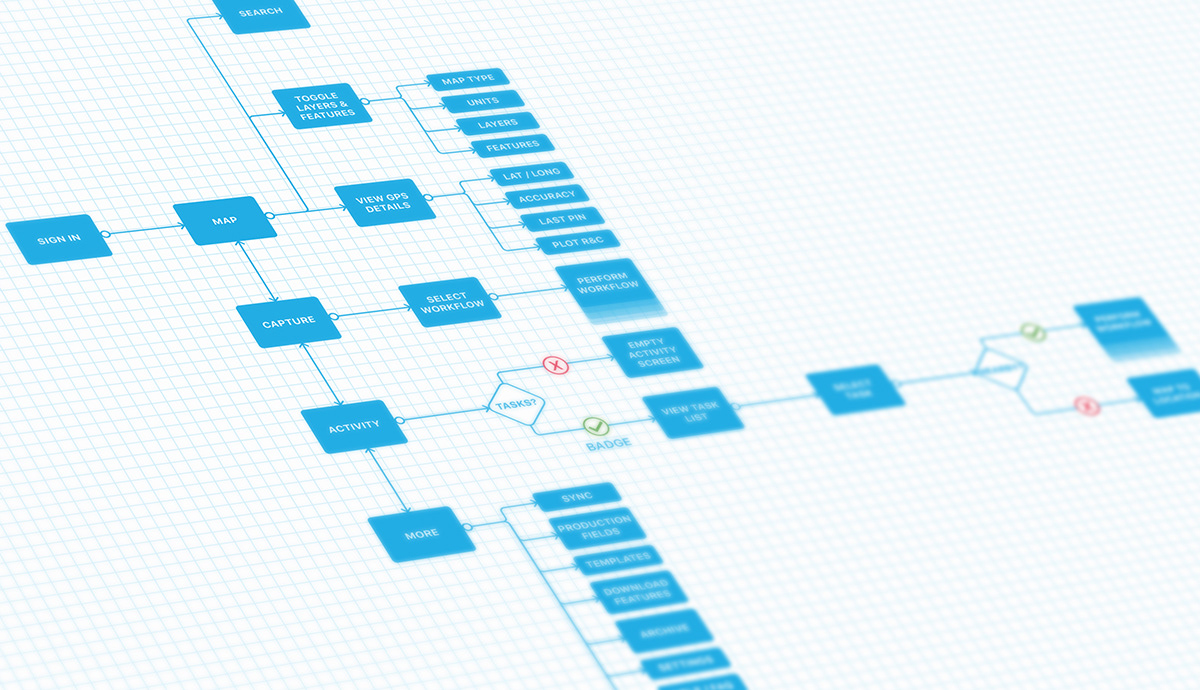 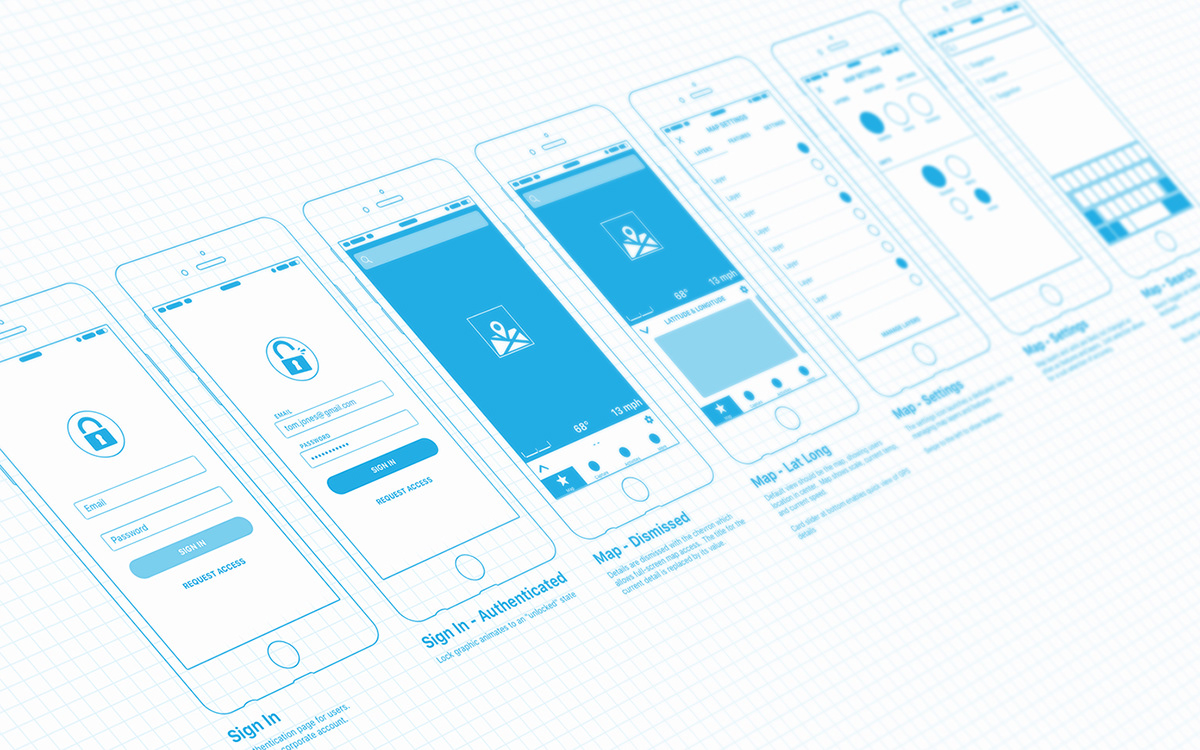 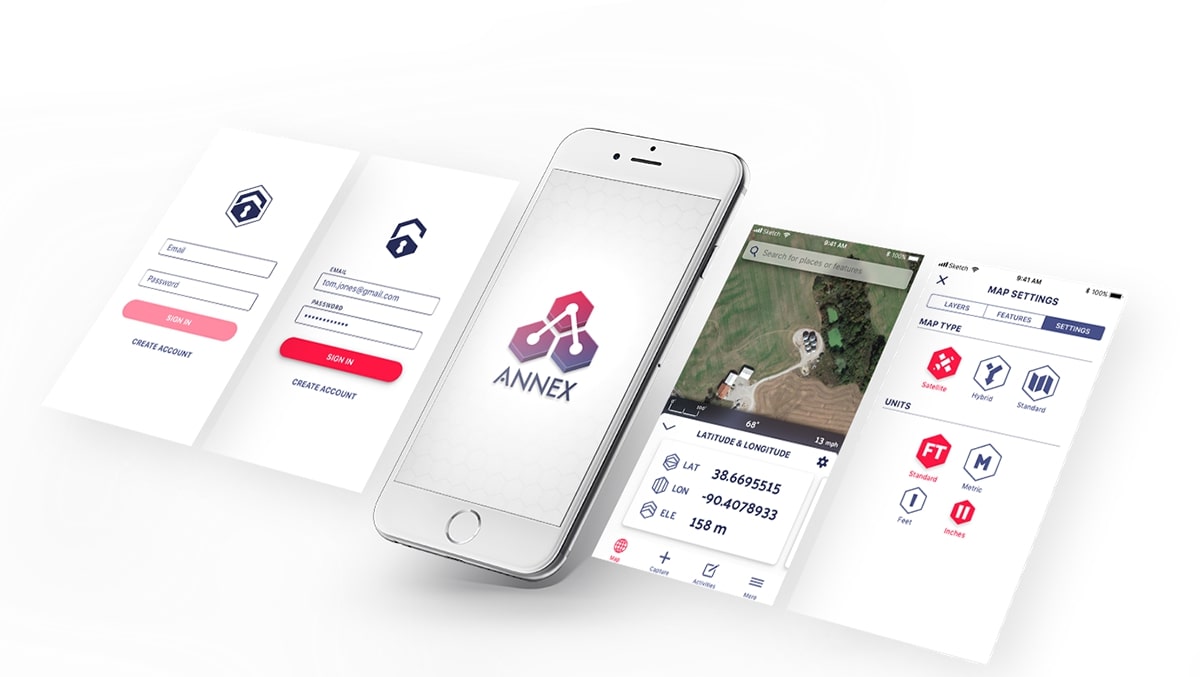 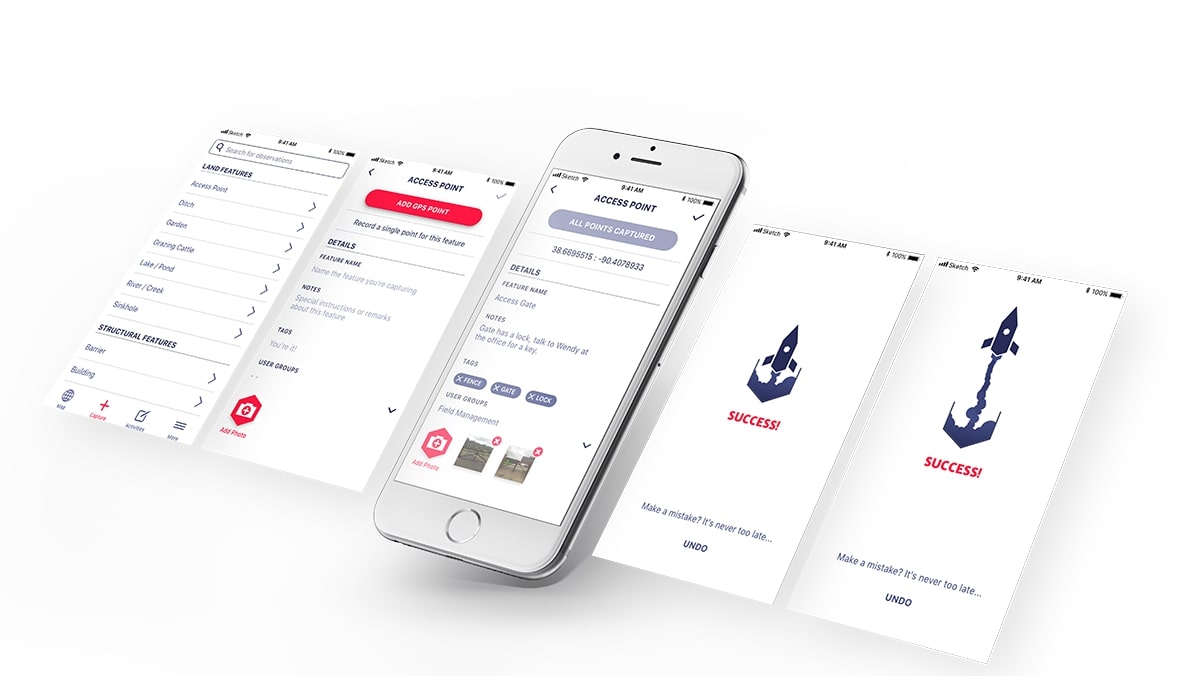 My last project was a prototype for non-corporate users to collect data. Because agriculture is seasonal the company would contract out bodies to harvest things from the research fields. The cost to provision hardware and accounts to everyone was too much, so the goal was to make a vanilla app anyone could use to collect data.

I worked with a product manager to understand the needs around this app and mapped out the user flows. From there I put some hi-fi concepts together to show simplified form interactions.

The main goal for my role was to outline the form inputs. There wasn't any clarity around what content would be asked of users - that was to be determined by the managers. But the app experience needed to account for text inputs, numbers, photos, etc. And most importantly there needed to be as few errors as possible in the data entry. 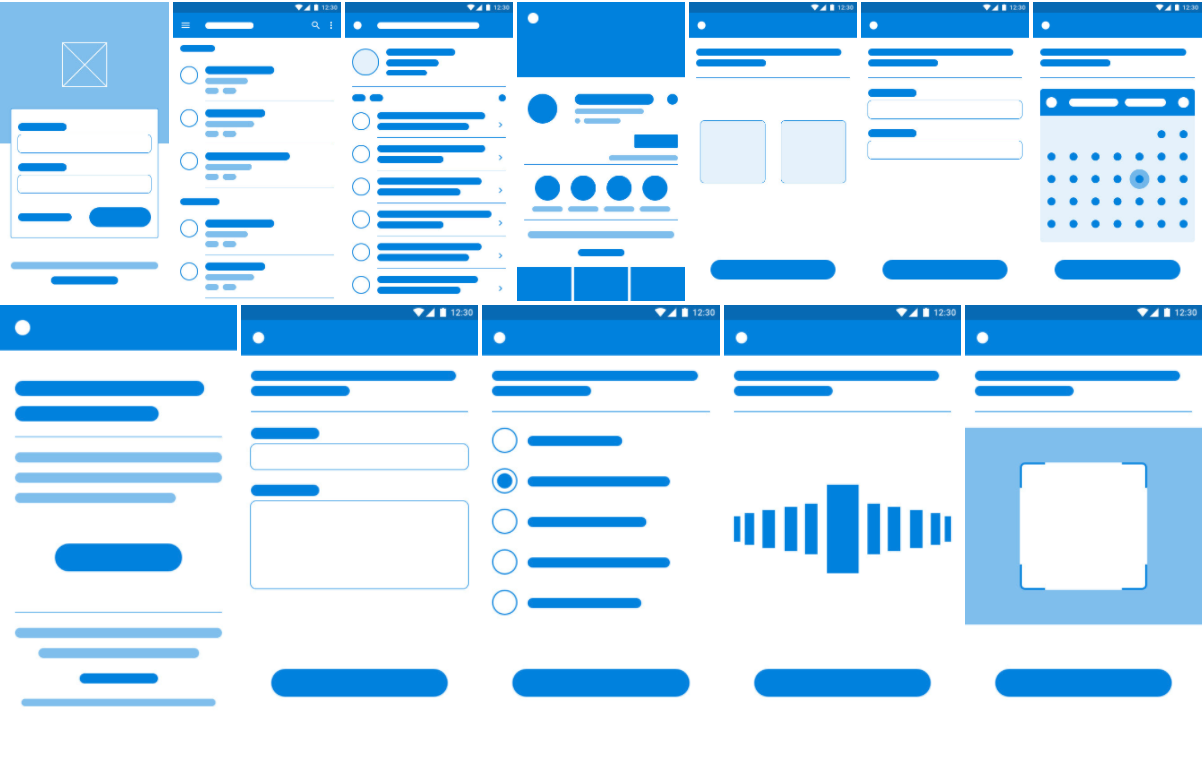 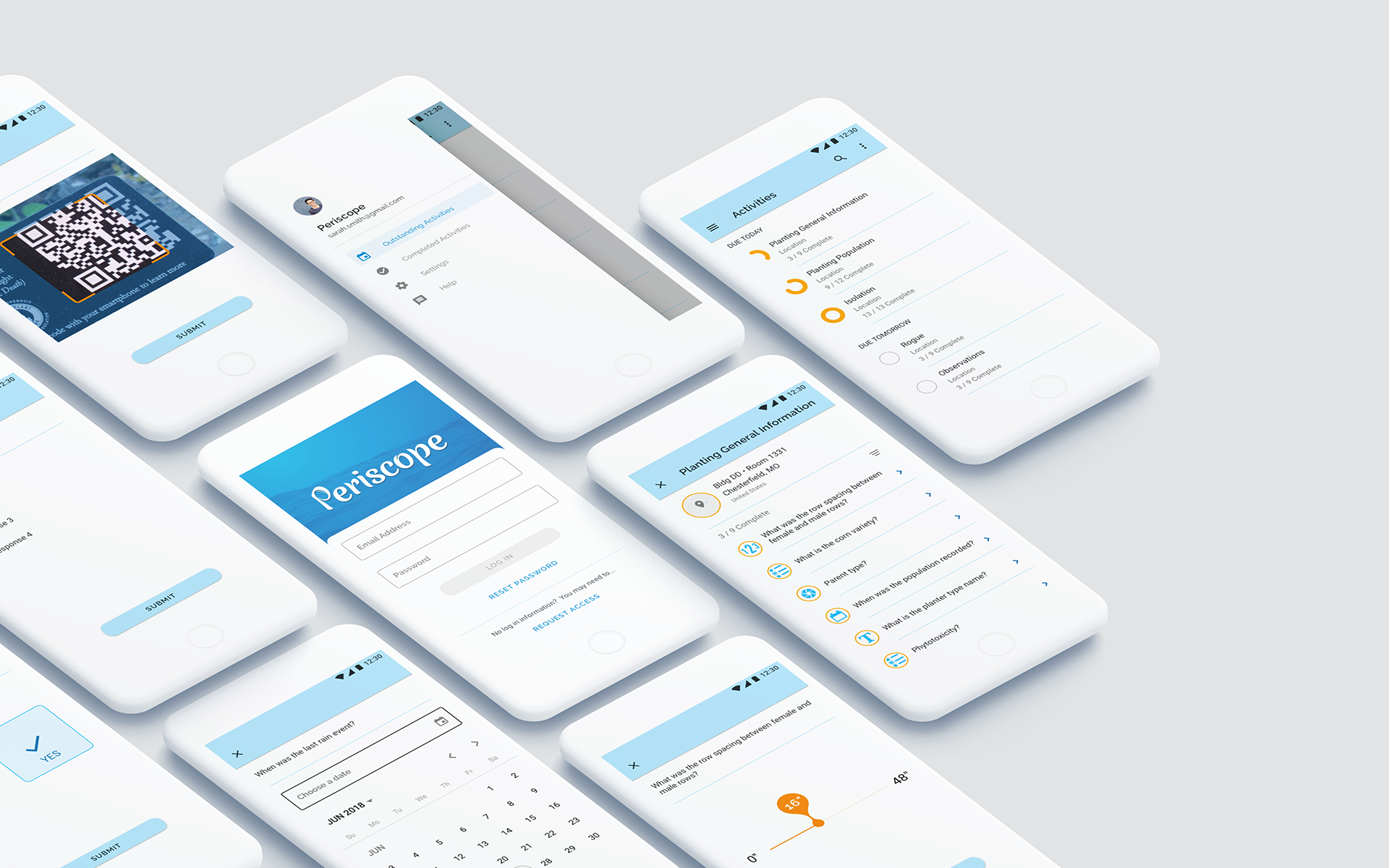