I was a Senior UX Designer at Coolfire Solutions which was part agency part SaaS startup. They were working on a new project called Ronin and I was given a chance to design the web experience as well as a sample application that would leverage the technology.

Ronin offered developers a suite of tools to simplify back end development. The plan to increase adoption involved creating a series of sample applications that dove into different features of platform. Our first sample was a chat app which used messaging and sessions to create a Slack like experience.

Over the course of a few weeks I worked exclusively with wizard Android developer Brennan Smith. He was the point-man on understanding what Ronin offered and how our app could show it off. I took his guidance for features and mapped those to user flows based on competitive analysis of other messaging tools.

Brennan and I looked at Slack, iMessage, Android messenger, Skype, etc. to get a feel for 1-to-1 and 1-to-many chat interfaces. The user flows and feature lists were negotiated with management to get the seal of approval, then I worked on making a high-fidelity prototype.

I decided to test out InVision's new design tool Studio to see what all the hubub was about. Intantly I was very impressed - I was able to animate the log in flows as well as some delightful conversation browsing interactions very quickly. The rest of the design experience, however, was garbage.

Brennan and I were able to deliver a great sample app in record time. The demo app is live and available for download from Github. I also learned a new tool, and also realized that while Sketch wasn't as flashy with animation - it was a far superior design tool. Oh well. 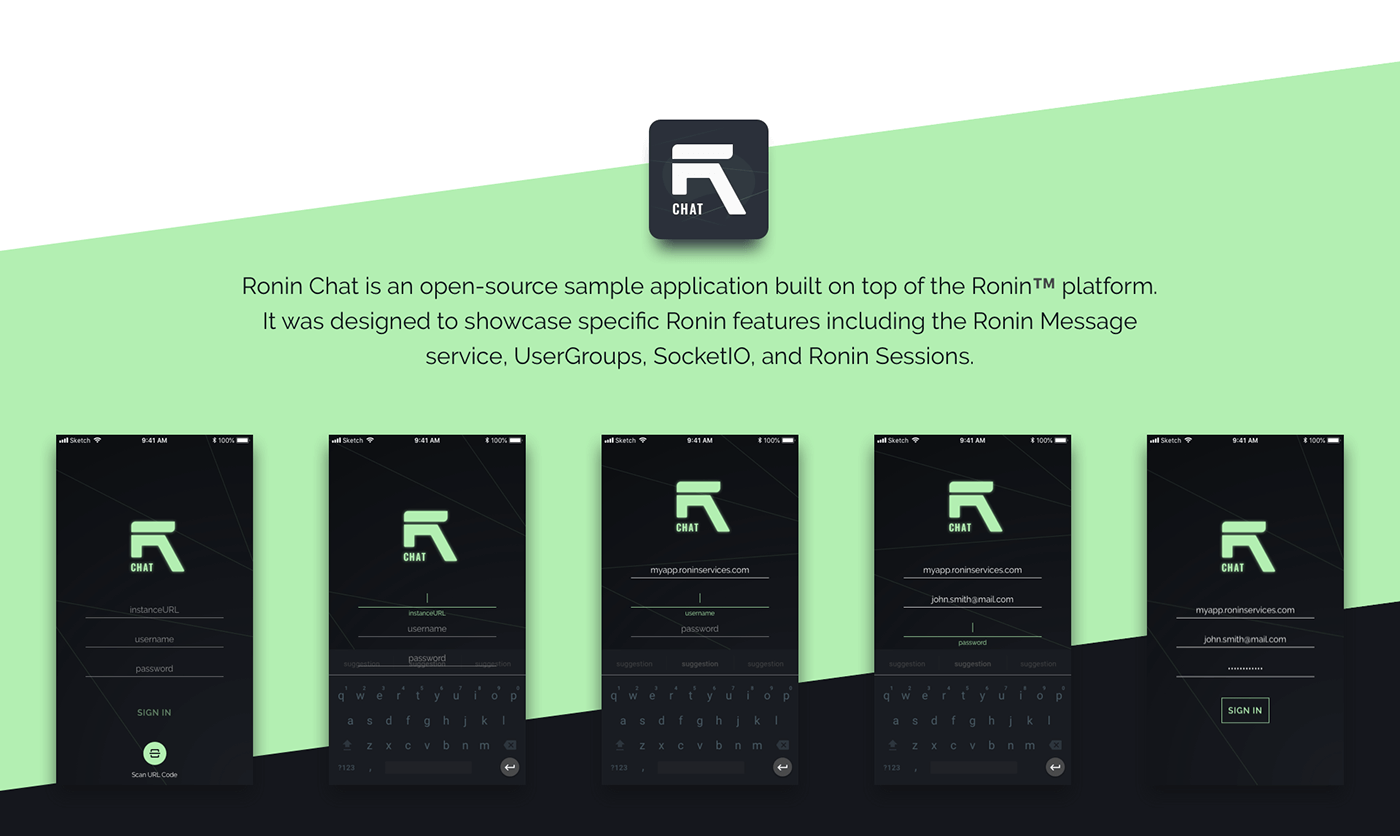 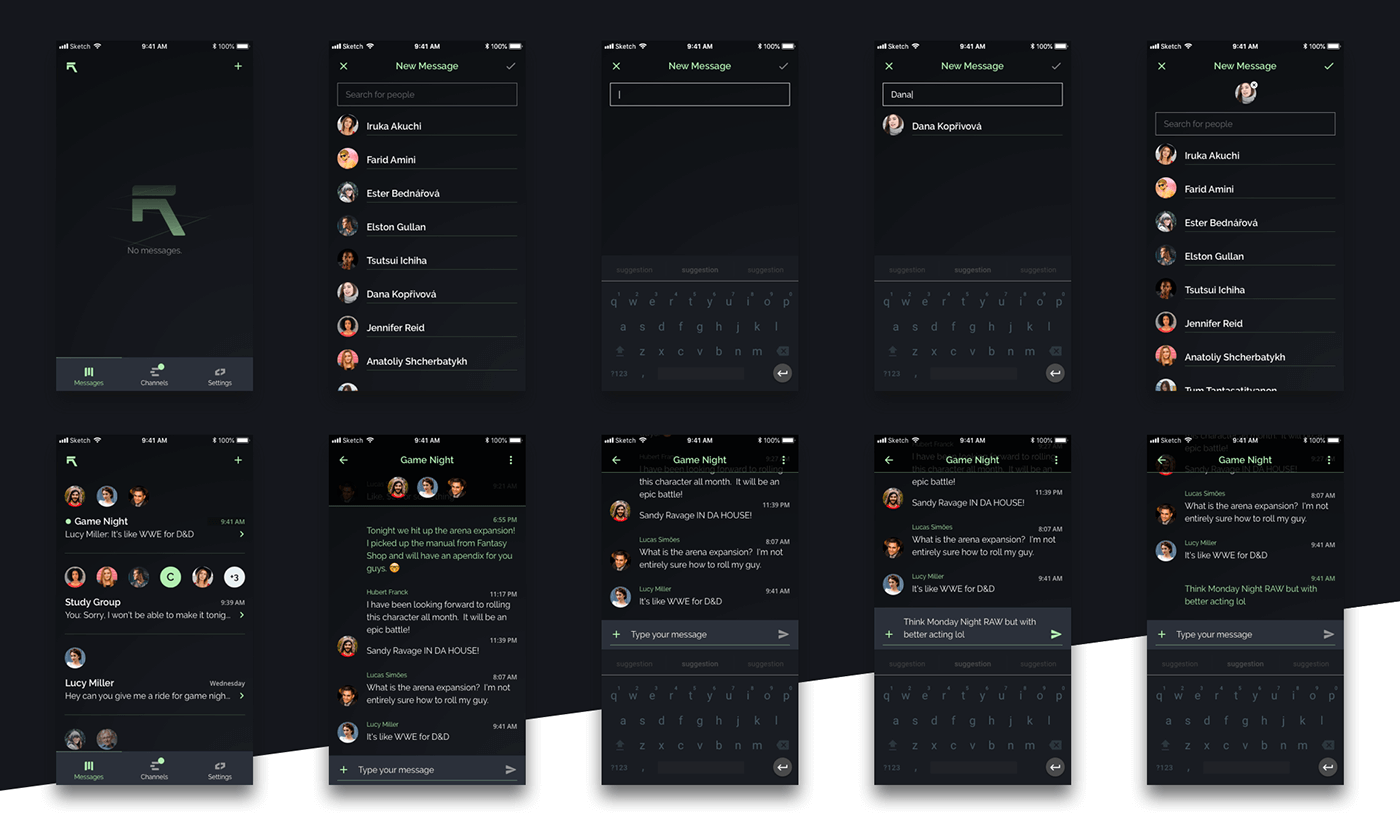 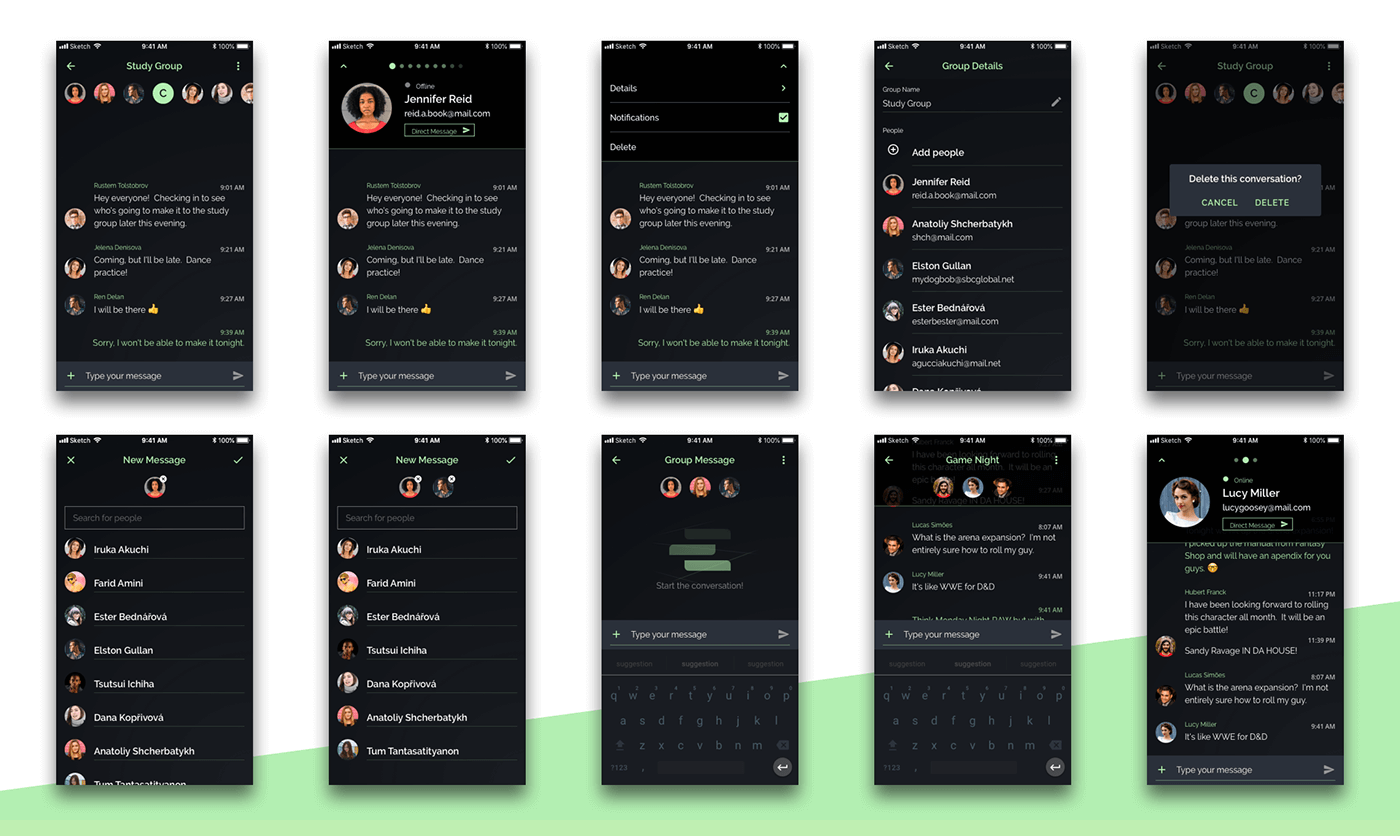 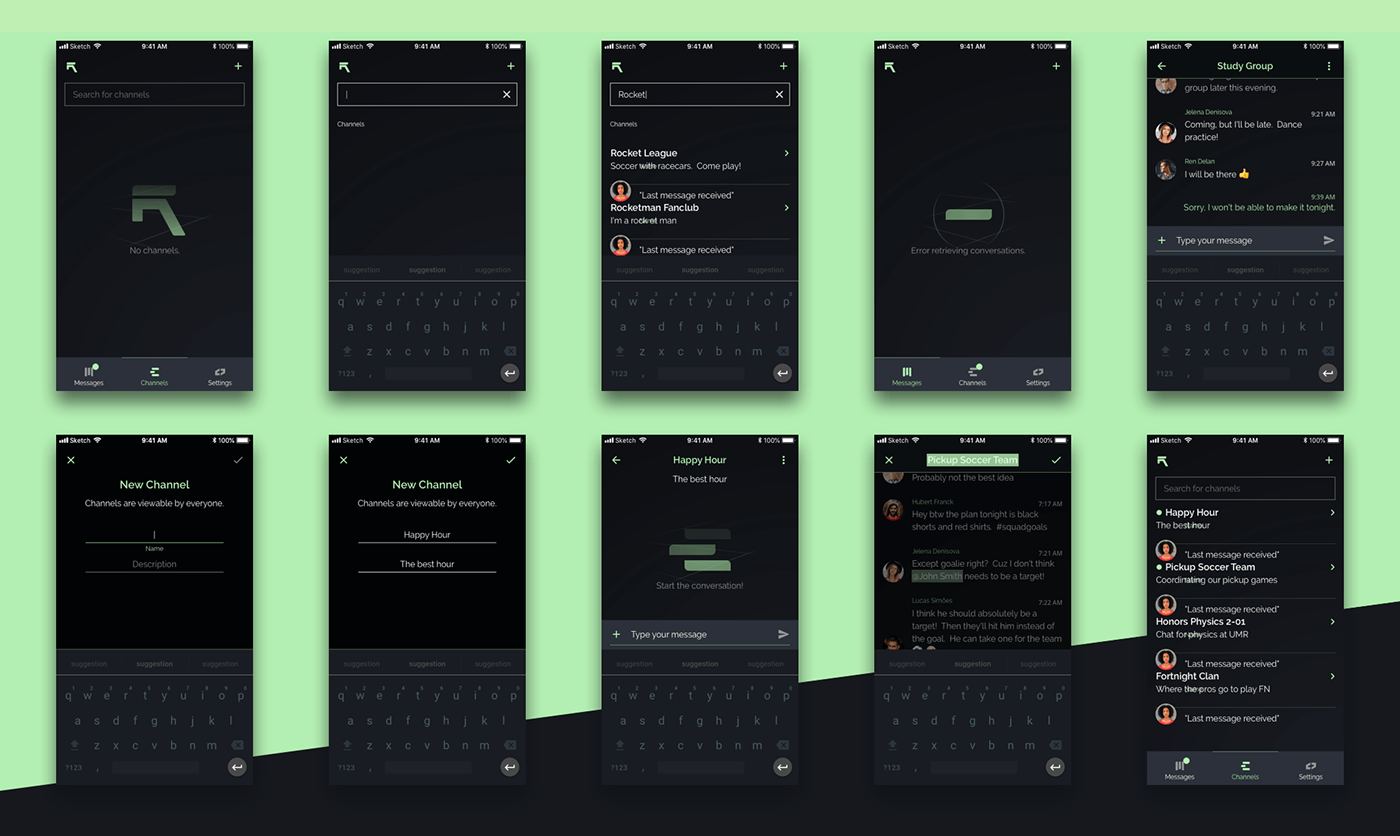 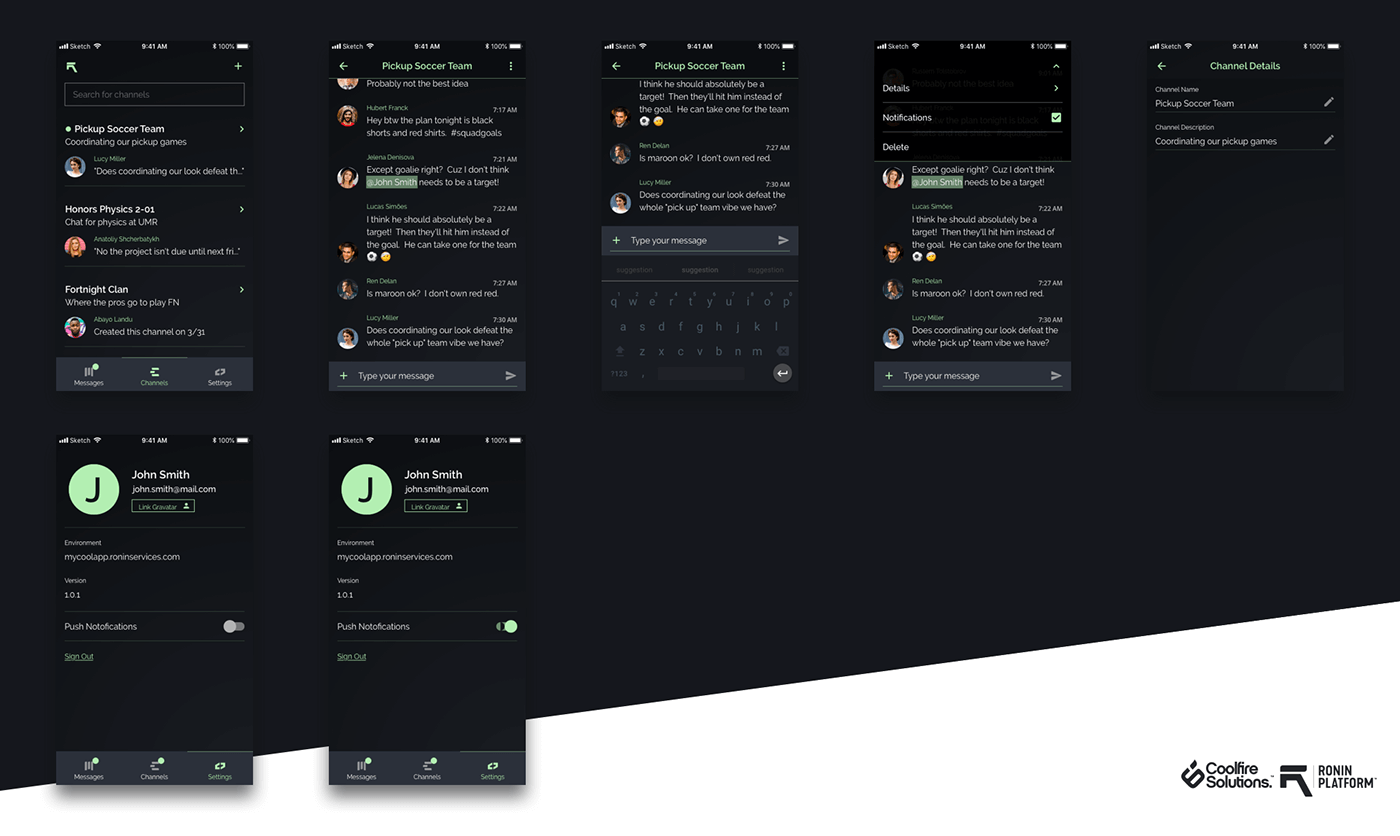